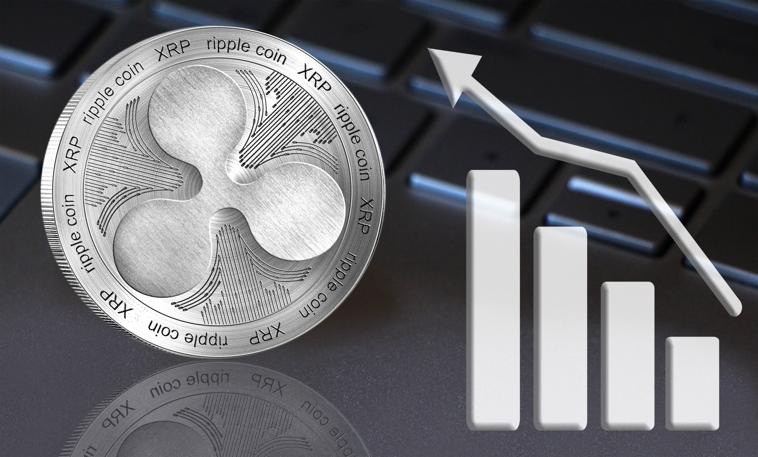 XRP climbed to a new, record level above $2.90. Shutterstock The price of Ripple’s XRP token surpassed $3 today, breaking through its latest milestone and reaching a fresh, all-time high.

XRP had risen to as much as $3.02 at the time of report, according to CoinMarketCap. By reaching this price, the digital token had risen more than 1,000% in the last month.

Analysts pointed to factors including sustained momentum and recent announcements as helping fuel the currency’s recent gains. Ed note: Investing in cryptocoins or tokens is highly speculative and the market is largely unregulated. Anyone considering it should be prepared to lose their entire investment.

The price of XRP has been pushing higher as the digital currency benefits from sustained momentum, said analysts.

The cryptocurrency has “wind in its sails,” said Charles Hayter, co-founder and CEO of data platform CryptoCompare.

As XRP’s price rises, this development attracts new buyers, which in turn perpetuates the cycle of gains, he stated.

However, he emphasized that this is only part of the reason why Ripple’s price has been rising.

“Over the last two weeks, every client I speak with wants to talk about Ripple,” said Greenspan.

He added that as XRP “surpassed ETH as the second largest cryptocurrency, market hype continued to drive the price.”

“This price move appears to be a continuation of December’s XRP gains in response to the double benefits of their followthrough on their 55 billion XRP escrow commitment, and the AMEX/Santander/XRP partnership announced in November,” he stated.

“Further, the recent XRP news cycle has been overwhelmingly positive which certainly has a way of gaining it’s own momentum,” added Walsh.

Finally, rumors have been circulating that Coinbase will soon add XRP trading functionality.

Should the exchange operator decide to add the digital currency, it would make the XRP accessible to a “wider audience,” emphasized Iqbal Gandham, UK managing director at eToro.

Travis Parker, COO of IRA Bitcoin LLC, which specializes in IRA and 401k transfers into Ripple and other cryptocurrencies, also spoke to this development.

“There is a strong, well-supported rumor in the marketplace that Ripple will soon be listed on Coinbase, the largest cryptocurrency exchange in the U.S.,” he said.

“Joining Bitcoin, Ethereum, and Litecoin, this will make it much easier for people to invest.”