For many Americans, the act of preparing their taxes is as exciting as watching paint dry. It can also be an extremely confusing and frustrating process for some, even with the aid of do-it-yourself tax-preparation software. That’s because the U.S. tax code had ballooned to more than 10 million words before the recent overhaul and required taxpayers to spend an aggregate of 8.9 billion hours complying with federal  laws each year.

Of course, a light exists at the end of the tunnel for most people in the form of a federal tax refund. With an average refund of around $3,000 heading back to taxpayers from Uncle Sam each year, the trials and tribulations associated with preparing your taxes is often considered well worth it. 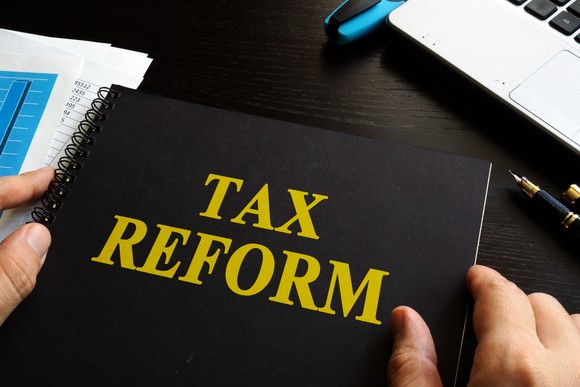 However, the tax landscape is changing in a big way, thanks to the recently signed Tax Cuts and Jobs Act. To be clear, the newly signed GOP tax law went into effect on Jan. 1, meaning it won’t have an impact on the taxes you’ll be preparing in the next few weeks or months for the 2017 calendar year. But the changes outlined in the new law will apply to income and other financial aspects in 2018 and will factor into your tax preparation process in 2019 for the 2018 calendar year.

Most working Americans and businesses are expected to see more money in their pockets from the Tax Cuts and Jobs Act. The law wound up permanently reducing the peak corporate income-tax rate to 21% from 35%, which had been among the highest in the world. This extra income for corporations is expected to lead to higher wages and more hiring.

It also reduced the effective tax rate for many individual taxpayers. Though quite a few deductions and credits were completely removed, simplifying the tax-preparation process, a near doubling of the standard deduction is expected to reduce what many working Americans will owe Uncle Sam.

But the GOP  law isn’t great news for one group of folks: cryptocurrency investors. 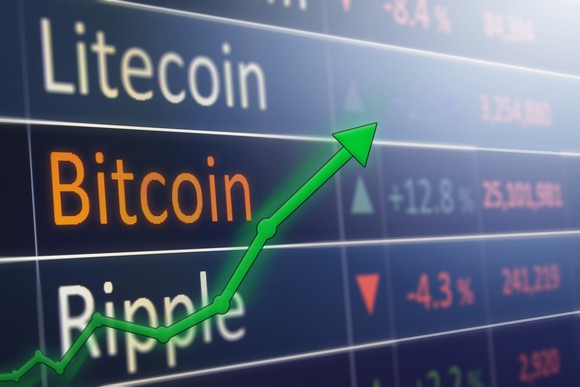 One of the more subtle changes made in the new tax law entails how “like-kind exchanges” are dealt with (Section 1031 of the U.S. tax code, in case you’re interested). Like-kind exchanges describe the act of an “investor” who disposes of real and/or personal property and uses the proceeds of that sale to purchase a similar asset. For example, if a parcel of land is sold and used to purchase another parcel of land, or a piece of art is sold with the proceeds being used to buy another piece of art, within a defined period of time, these probably qualify as like-kind exchanges.

However, a rewrite of this section of the U.S. code did away with all iterations of the like-kind exchange, save for instances that relate to real estate. That means that any time cryptocurrency investors sell one virtual coin to buy another, beginning on Jan 1, they’ll have to report the sale of the original coin as a capital gain or loss on their federal returns. 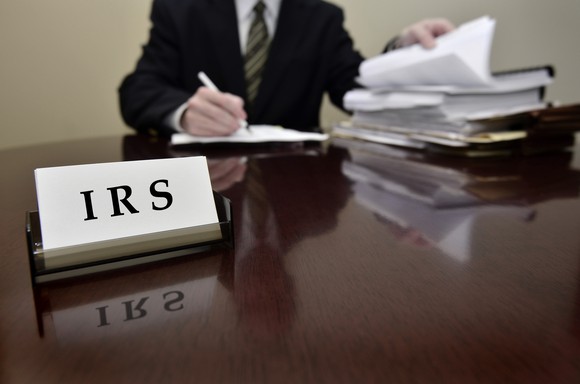 Wait — it gets even more complicated for crypto investors

And not only are cryptocurrency investors on the line for the capital gains they net from their investment activities, but virtually any transaction involving cryptocurrencies could also necessitate paying capital-gains tax. For instance, if an individual uses bitcoin to buy a good or service, the IRS views that as a disposition of assets, requiring the “investor” to pay appropriate capital-gains tax.

Making matters even more complicated is that popular cryptocurrency exchanges aren’t guaranteed to provide investors with a 1099 that outlines their cost basis and sale price. It truly leaves a number of virtual currency investors flying blind, so to speak.

Not surprisingly, a recent survey from LendEDU found that 36% of bitcoin investors weren’t planning to divulge their capital gains to the IRS in the upcoming tax season. Of course, this upcoming tax season will be the last opportunity cryptocurrency investors will have to use like-kind exchanges to their advantage. From here, they’ll have no choice but to report their gains and losses, or run the risk of financial penalties or criminal charges.

And make no mistake about it: The IRS is coming for cryptocurrency evaders. The regulatory  body recently won a court case against Coinbase, one of the most popular crypto exchanges in the world, requiring it hand over information on 14,355 users who’d exchanged more than $20,000 worth of bitcoin between 2013 and 2015. Since only 802 taxpayers reported bitcoin-based capital gains on their 2015 federal returns, the IRS is aware that it has a capital-gains evasion problem on its hands, and it’s done sitting idly by.

Long story short: The free ride is over for digital-currency investors.